Can Oral Tradition be Trusted?

Published by cris@knowmyfaith on January 13, 2022 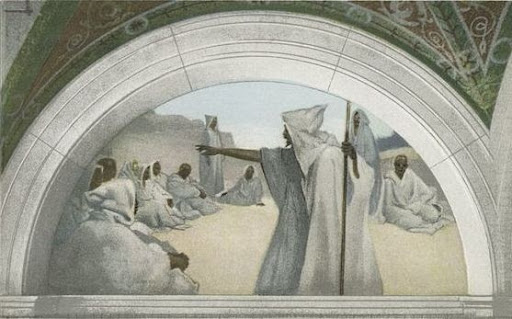 The Gospels actually came to us through a process called oral tradition, compiled after the events. But can oral tradition be trusted? Here in the 21st Century it seems totally unreliable and fraught with problems. We are totally reliant on writing things down in order to remember them. Now that we have computers and other gadgets we don’t even remember our own details let alone any others.

The basic question related to the veracity of oral tradition is how were the words Jesus spoke recorded accurately? Our problem is that most of us have no idea how oral tradition works. I have been privileged to witness an oral society in action while recording and transcribing their traditional stories. I can bear witness to the fact that there is absolutely no shadow of doubt in my mind that oral tradition can be passed on accurately without fear of losing a single word.

When we worked in Sulawesi, Indonesia among the Rongkong we had to collect and collate language material in order to learn the language. How do you begin to work with a group of people who do not have written material related to their language? The best way is to get them to tell you one of their traditional stories and record it. Once you have recorded it you can work on the transcription of the text and analyse how the language goes together and what the grammatical and phonological rules are which govern the way the language works.

I asked one village chief if I could record their traditional stories and publish them in a book. I asked if he could call the village story tellers together and I would record their most important stories. The night was set to record the first story – Batu Karodi. The village headman’s house was filled with people squeezed in tightly together. Those who couldn’t fit in the house gathered outside looking through the gaps in the bush-sawn wall boards on all four sides of the house.

Three story tellers took prime place at the front and the microphone was clipped to the t-shirt of the recognized prime storyteller. As he told the story, I was captivated by the fact that, as I looked around the room, all mouths were moving in sync with the storyteller. Everyone knew the story word for word. But at one point one of the other story tellers yelled, “No! You are wrong. Stop the recording. That is wrong!” Everyone insisted I wind the tape back and record this portion again. They could not have this mistake included in the book of their stories. They insisted he start back at a particular point which I found on the recorder and we were ready to begin the re-record. (Without them knowing I turned down the volume and pushed the fast forward button for a few seconds to ensure I had the mistake recorded as well).

At the end of the night everyone was happy. The story of Batu Karodi had been told as it should be. On checking the recording I found the mistake the storyteller had made. He had substituted a key verb with another word which had the same meaning, but he had not used the accepted verb that everyone had memorized. So it was unacceptable. That is how oral tradition works.

We citizens of the 21st Century lack understanding of how the oral transmission process works and we are quick to jump to conclusions that it could not possibly be reliable. How wrong we are. I have no problem believing that oral tradition is sound and can preserve an ancient story accurately and completely down through the ages. I have seen and heard oral tradition in action with my own eyes and ears.